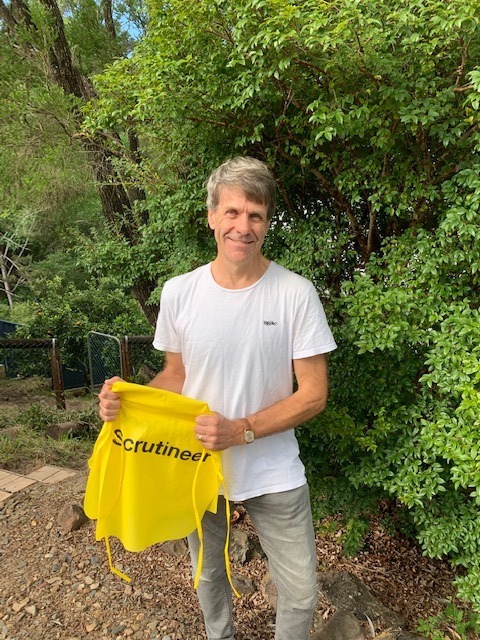 The vote count for Division 10 has been finalised and David Law has been declared the clear winner.

He said he’d been cautiously optimistic since the first preference count but waited until all the preferences were distributed before declaring victory.

“It was very satisfying to be there as they counted the final box,” David said.   “There is no doubt now.  I am very relieved and very pleased.”

The total number of votes for David Law, including preferences, was 4912, or 29.9 per cent of the vote.

The runner up was Cortney Claridge with 3728 votes, 22.7 per cent; and David applauded her strong campaign in a field of seven candidates.

“In the first weeks and months I expect COVID-19 will be a significant focus for the whole Council to help residents stay safe and keep the business community viable. Then we must emerge from this in the best possible position ready for the future,” David said.

While restrictions remain in place David said he would do all he could to ensure ANZAC Day is honoured; and also connect with local key community groups like YADCA and the Yandina Chamber of Commerce.

“I will seek a briefing from Council staff on the development proposal at Bridges and other projects in the Yandina and North Arm region,” he said.  “The outgoing Councillor Greg Rogerson has already offered to provide me with an update of all projects that are underway and proposed for the immediate future.”

David said his family has been a big part of his success.  “We started this journey together when I launched my campaign five months ago, and they have supported me every step of the way.”