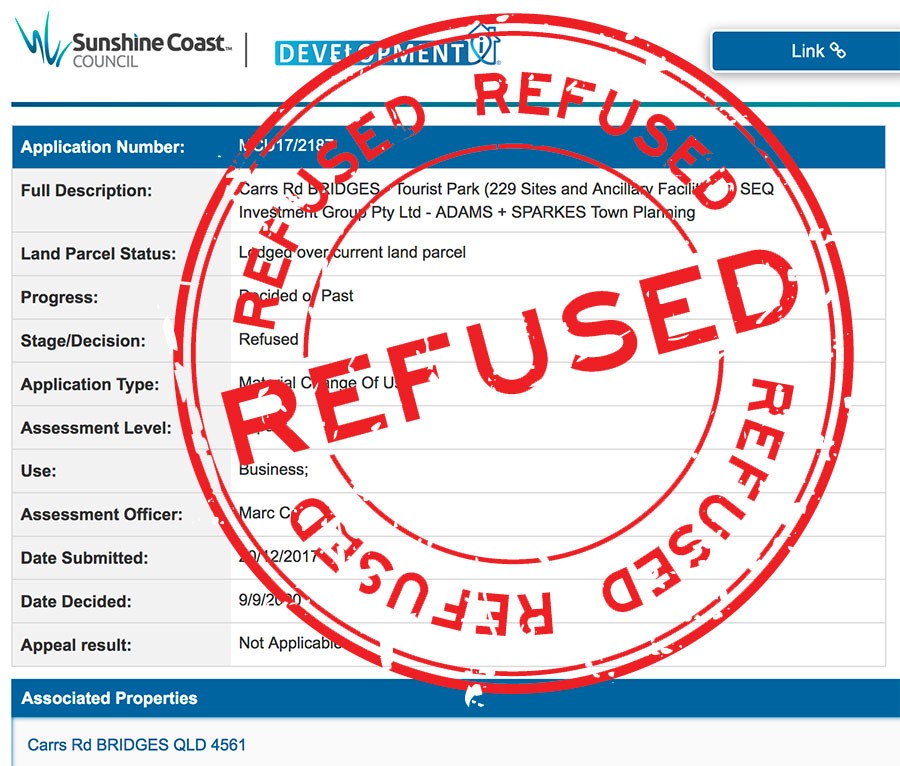 The application to build a Tourist Park at Carrs Road, Bridges has been officially refused by the Sunshine Coast Council.  The decision was greeted with applause at last night’s YADCA AGM.

Council’s Principal Development Planner Mr Marc Cornell, had informed YADCA by letter, saying the decision notice is being drafted and will soon be available on the Council’s online development information portal, Development.i

The applicant has the right to appeal the Council decision. Residents or groups who had opposed the application may also make submissions in response to any appeal. YADCA will keep the community informed of any developments.

The Council decision to reject the application follows months and years of opposition by residents, concerned at the development, and the fact that the applicant was apparently able to significantly alter the application each time it was challenged.

YADCA President Nigel Anns said there have always been community concerns about whether the tourist park proposal was genuine.

“We were concerned that this tourist park would not be viable either, as the site has no recreational attributes and no pedestrian access or public transport into Yandina.  Therefore it could end up being just more unplanned, unsupported and, ultimately, unsafe social housing. And permanent housing caravan parks are not permitted in the Rural Zone anyway, so how would that work?”

Bridges Bounces Back to Council