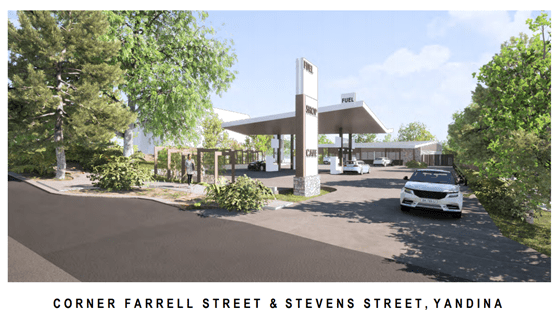 Development Application MCU21/0003 for Service Station in heart of Yandina

Strong community opposition to a planned service station in the middle of town was the main focus of the first YADCA meeting this year.

Angry locals requested that YADCA spearhead a protest campaign against the development on the corner of Farrell and Stevens streets. People interested in getting involved in the YADCA campaign are encouraged to email Nigel Anns.

A letter from Yandina School of Arts, expressing community opposition, received applause when it was read to the gathering on Monday 8 February 2021.

Concerns about the development, at the very centre of the town include:

This application, lodged by an overseas-based entrepreneur, has been referred to the state government planning watchdog SARA.

Cr Law suggested people register with developmenti  to receive automatic updates about applications of interest to them.

Developments such as petrol stations are code assessable under Queensland law which means this plan has only to meet planning code standards to be approved.

Reverend David Tidey described the development as ‘totally inappropriate’.  “It would be on the main corner of Yandina centre.  It should not represent our historic town.”