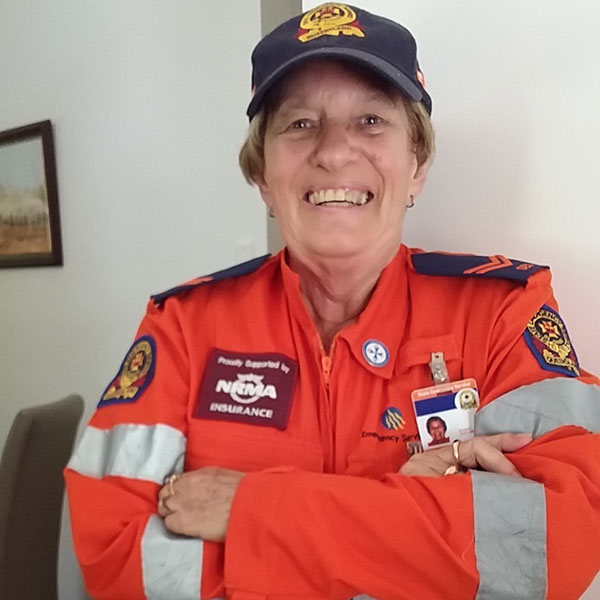 Dawn has been an active member of our local community for just over 40 years.

Her connection with Yandina started in 1979 when she loaded up her car and drove north from Victoria, looking for a place to settle and raise her three young children. “I found what I was looking for here,” she says.

“I love the spirit of this town. I also like the fact that it’s still got the community feel. It’s not over-run or over done – so far,” Dawn adds with a smile.

When she arrived, Dawn had just enough money to buy a block of land near Mt Ninderry. However, she and her brood spent their first six years in a caravan because she couldn’t get finance to build a house, despite the fact she readily found a job. In fact, Dawn has never been without employment from the time she arrived until she retired in 2006.

“I was a single mum so no bank would loan me the funds to build a house.” With her two sons and a daughter Dawn lived in a 32 foot caravan with a brick annexe from 1979 to 1985, when she finally saved enough money to build the house she occupies to this day. Her neat-as-a-pin home is decorated with family photos; and her bush garden is a haven for native birds. She feeds the ‘cheeky kookaburras’ every day. “I just give them a tiny bit of mince because I don’t want them to become dependent. They have to be able to look after themselves,” she explains. 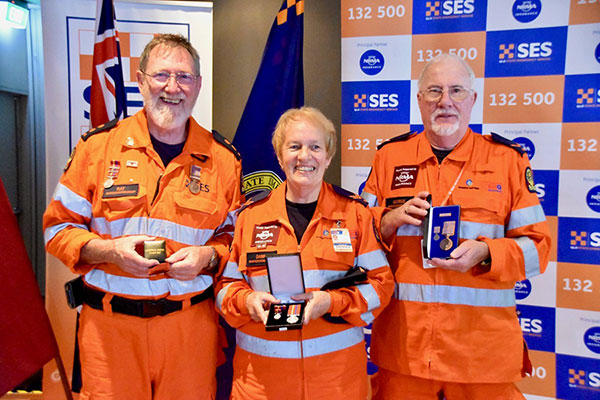 Independence is a bit of a theme with Dawn. She has always supported herself and she continues to actively participate in her local community. She was a karate instructor for 12 years; she is an SES volunteer who received her 10 years’ service medal in 2016 (see photo above); she enjoys solo road trips in her caravan; and she works out at her local gym several times a week.

Now a grandmother of six and a great grandmother of two, Dawn is many things to many people including ‘feral nana’ and ‘grey nomad’. She’s even had cards printed with these two nicknames.

“My grandkids said I was feral because sometimes when I go camping I don’t have a shower for a couple of days. And I’m definitely a grey nomad. I bought the caravan when I retired and I took off around Australia. I’m going on a road trip to Alice Springs with a group of people later this year.”

Dawn has third moniker – ‘cracker’. “I worked at the Council depot in Nambour for a few years and everybody got a nickname, so that’s mine.” Working with the blokes didn’t faze her one bit, in fact, she loved it. “You had to have a sense of humour and join in, which I did.”

Dawn turns 80 this year but she doesn’t see any need to slow down or stop what she’s doing, including the active SES volunteer role which sees her climb on roofs and clear storm debris.

“I don’t feel old because I don’t think old. My advice: keep moving.”