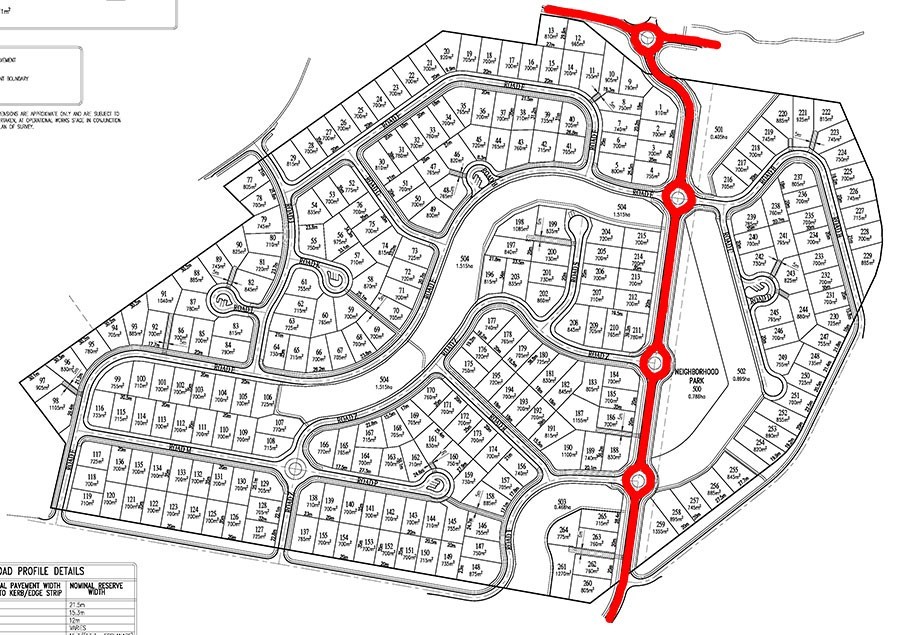 Various aspects of the development were discussed, including residents’ concerns about the planned closure of Creightons Road to funnel traffic through a narrow residential street within the planned estate. That road, to be built by the developer, would come under the jurisdiction of Council, as do other residential roads including Wappa Falls, Creightons and Bracken Fern roads.  Larger roads, such as Nambour Connection Road, come under the jurisdiction of the Department of Transport and Main Roads (DTMR).

“At the meeting we discussed the challenges of accommodating traffic, including heavy vehicles and first responder vehicles such as fire trucks, through a narrow street which would also contain four roundabouts,” Nigel said.

The possibility of connecting Creightons Road directly with Nambour Connection Road was discussed, but it was thought unlikely that DTMR would approve it.

“We also discussed whether there would be a roundabout or traffic lights on the Connection Road at the Wappa Falls Road intersection but that will also be a DTMR decision,” Nigel said.

“Bike and walking paths into town were discussed and Council are aware of that need for the community.  Protection of the riparian (creek) system that runs through the site was key for Council; as was sensitive protection for the respite centre clients in Bracken Fern Road.

“Kahren and I felt that Marc Cornell was very open about the options and issues ahead.  We had the strong impression that Council is aware of the issues and community sentiment, and understands the area well.”

“The next steps are to see how the developer responds to those requests for more information,” Nigel said.  The progress of the application, including those responses, can be tracked by visiting the Council development information portal Developmenti The application number is RAL20/0072.

With COVID restrictions limiting large meetings, residents are invited to contact Nigel by phone on 0411 127 100 or email at president@yadca.org if they have any questions.