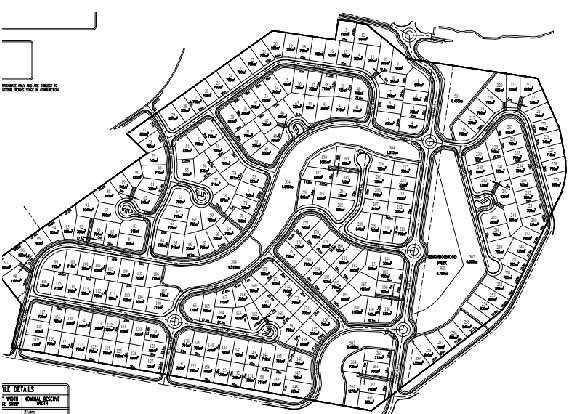 YADCA is seeking an explanation from Council regarding a residential development in which lot sizes are being deliberately over estimated by planners.

In a letter to the Council CEO, YADCA says that the planners have manipulated the numbers to suggest that the average lot size will be 1171m2 when it is far less.

YADCA President Nigel Anns explained: “When we added up all the lot sizes and divided by the 265  lots, our simple equation yielded an average size of 756.37m2.”

YADCA says the planners arrived at an average lot size of 1171m2 by factoring in all the land of the development — even drainage reserves and public spaces — and dividing that total by 265 lots.

“YADCA would like to understand how this manipulation of numbers is allowed as a start point by today’s Council. The planning document has used terms such as ‘gross’ and ‘average’ to achieve an outcome with little regard to Planning Codes or previous issues raised about this development. If the Yandina local plan guide is only used when it suits developers, then where is the protection for us all?” Nigel asked.

The development is for land bordered by Wappa Falls, Creightons and Bracken Fern roads in South West Yandina.  It is listed as RAL20/0072 on the Sunshine Coast Council’s website platform, development.i

YADCA raised a number of concerns when this development initially totalled 313 sites and that number was reduced to 251 in June 2019. At the time, YADCA presented the three requests to the developer:

“YADCA accepts the development will occur, but we stress that adequate infrastructure is essential to reduce traffic and keep our rural town truly liveable for all. If the council allows the deliberate misrepresentation of lot sizes by developer’s planners, then we are all being deceived,” Nigel said.

“A development of 265 dwellings will equate to about an extra 700 people and possibly 520 cars. YADCA trusts that the Council is actively looking at the infrastructure needs regarding driving and parking in and around Yandina for that number of people. With the public appetite for accountability and transparency from the government at all levels; and widespread support for sustainability, how is this plan for another tightly packed residential development in any way acceptable?”

Servo Does Not Comply – SARA