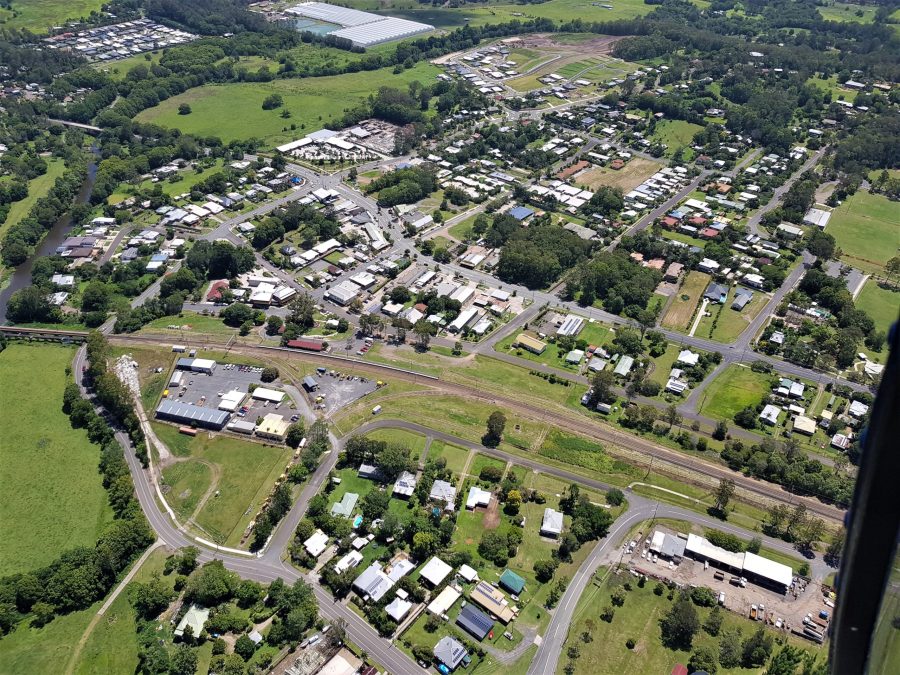 Ever wondered about the names of Yandina’s streets and roads?

Detailed information is available in The History & Origins of the Streets & Roads of Yandina & District (first printed in 2003, reprinted and updated in 2018) by Audienne Blyth. Available from Yandina Newsagency or Yandina Historic House. There are approximately 250 names of streets, roads and parks to discover. Brief information follows about the names of 31 new streets and 19 new subdivisions since 2003.

Alice Lane, named in 2020, links Railway Street with Farrell Street. The house on the south eastern corner was once a hospital in the 1920s. Alice Steggall was a local midwife at that time.

Bowder Street was named in 2009 and is off Paulger Flat Road. In 1900 Augustus Bowder (1857 – 1944) migrated with his family to Australia. In 1908 and 1909 he bought approximately 70 acres of land and grew crops where an industrial estate was established in the early 1970s. Both he and his family were prominent in the community. One of his concrete silos remain.

Focus Lane was built and named in 2009 and is off Paulger Flat Road in an expanding industrial subdivision.

Kookaburra Place is off Nambour Connection Road at Kulangoor. In 2009 after heavy machinery prepared the site for this industrial development all work stopped.

Lalor Road, close to Yandina State School, was named in 2009 in honour of the first teacher at Yandina Provisional School in 1889, Miss Debra Lalor from Ireland. Miss Lalor travelled by coastal steamer from Brisbane to Maroochydore where she was met by a member of the school committee and rowed up the river to Yandina. After four years she resigned to marry Benjamin Lawton, the local butcher and shopkeeper, and later left the district.

Progress Lane, named in 2020, is in a newly developed stage in the industrial subdivision to the east of Yandina. The name refers to the efforts of the Yandina & District Development Committee formed in 1972 to develop an industrial estate and to promote Yandina.

Reo Place is a cul de sac in a new subdivision off Steggall Road. Julius Steggall brought the first car, a 1905 REO, to Yandina in 1917.

Streets in new subdivisions off popular Valdora Road: Celestial Court (2007) and Golden Valley Place and Botanica Circuit (2009) and Aurora Place (2010). Some names reflect the imagination of developers, a heaven on earth and a new dawn in acreages.