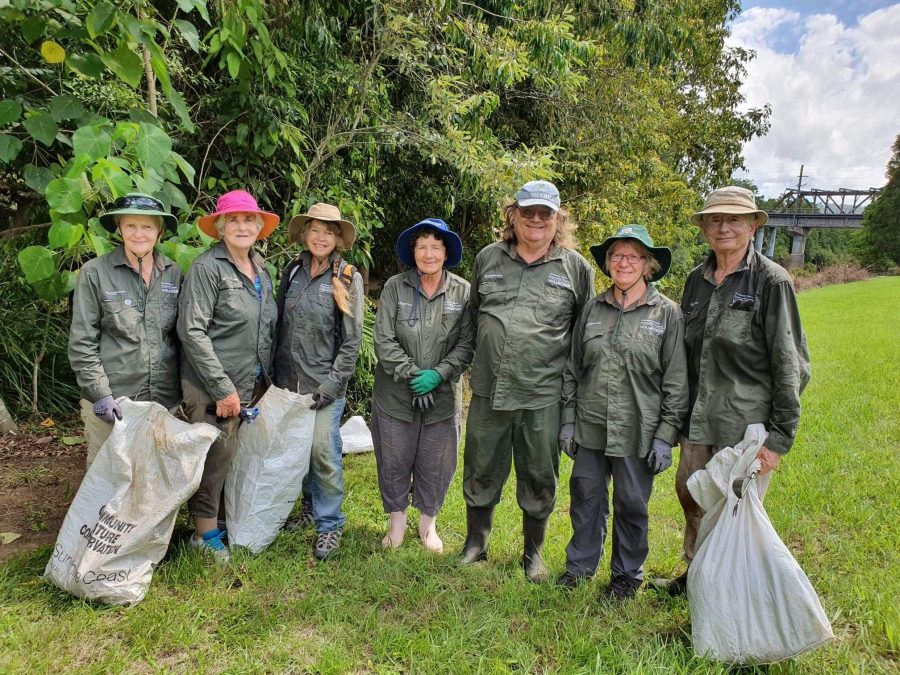 Yandina has many beautiful natural spaces for locals and visitors to enjoy; but most people probably don’t consider the effort involved in maintaining these natural assets.

The Christina Low Park, Lions Park and Cascade Park are three examples on the shores of the South Maroochy River, and accessible via the pedestrian bridge or Cobb & Co. Lane, off Wharf Street.

Their beauty is due in large part to the efforts of the Christina Low Park Bushcare Group, pictured, who volunteer for a working bee every month.  Many of the group are also YADCA members.

These working bees began in 2001 and some of the bushcare group have remained members since then. Every year until 2008, when councils amalgamated, the group received a council grant to help them with their work.

The Sunshine Coast Council has continued support, providing materials such as plants and services such as lawn mowing and spraying. A federal grant in 2005 made it possible to remove some large camphor laurel trees; and the bushcare group regularly tackle many invasive weed plants.

They have also successfully planted thousands of native plants, and this has greatly enhanced the habitat for native flora and fauna. Their efforts have also improved the water quality of the river and helped stabilise the riverbank.

Christina Low Park Bushcare Group meets on the third Tuesday of the month from 8 am to 10 am and anyone interested in helping is welcome to come along.

SERVO ‘NO’ Is A Clear Message – Councillor