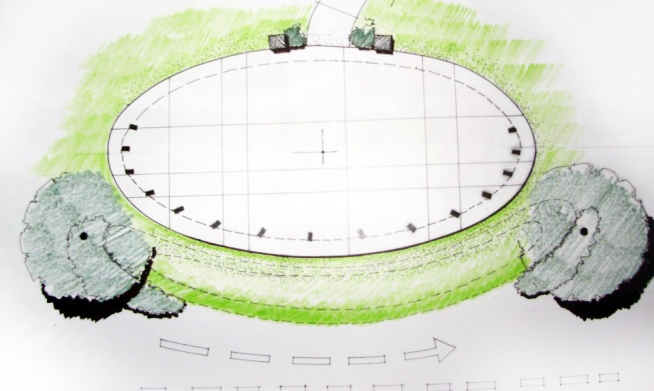 It was not so much what happened at the meeting as something a few days afterwards that underscored the effectiveness of YADCA as an advocate for the Yandina community.

For much of this year a recurring agenda item at YADCA’s monthly meetings has been the fate of a cottage once lived in by the gatekeeper who operated the level crossing where Wharf Street used to cross the original North Coast railway line.

Built in 1891 under a government contract when the line from Brisbane to Gympie was under construction, it is one of the oldest remaining residences on the Sunshine Coast. The owner wishes to redevelop the site where the cottage currently stands but was loath to have it demolished because of its heritage value. The case was taken up by YADCA members who have for many years been lobbying for the recognition and protection of the few remaining heritage buildings in the Yandina area.

YADCA secretary Peter Baulch prepared a submission to the Cultural Heritage Services office of the Sunshine Coast Regional Council and Division 10 Councillor Greg Rogerson was inspired to negotiate Council’s acquisition of the cottage and rewarded by the owner gifting it, subject to its removal. Peter briefed the Mayor and all of the Councillors on the case for funding its removal and preservation and, in a heartfelt letter to Cr Rogerson, YADCA member and Chamber of Commerce president David Tidey made a telling point: “It is often seen as important to protect the large impressive homes of the wealthy but there is also a responsibility on us as a community to protect the working history of our region“.

YADCA members were thrilled to learn that at the last Council meeting of the year on 7 December, Councillor Rogerson and Mayor Jamieson provided discretionary funding to move the cottage to a site in Tea Tree Park adjacent to the Yandina Historic House art gallery and tea rooms and re-establish it there on new stumps.

Another topic that has preoccupied YADCA this year has been streetscaping in the Yandina CBD and Cr Rogerson brought to the meeting the plans that the Council has drawn up after the two rounds of consultation with the local community.

Cr Rogerson reported that Council officers are now discussing the final details with interested parties and work should begin sometime after March 2018.   It will by then be more than a decade since YADCA first began negotiating with the Council to change the Yandina CBD streetscape from having the streamlined appearance of an apologetic highway choke point to that of a welcoming village high street, but the fact that this work will finally be done is another testament to the tenacity of YADCA as a community advocate.

Further encouraging news on the Yandina Sundial that is expected to attract many visitors to the town was delivered by Philip Richards.

Philip presented plans which showed clearly what an impressive feature this will be and was able to report that generous support offered by local businesses has brought the cost of construction down to a level at which the project is looking viable.

At the recent State Election the LNP’s Dan Purdie became the inaugural MP for the new seat of Ninderry and YADCA will be looking to him to deliver on his promise to replace the one-lane bridge over Caboolture Creek on the Yandina-Bli Bli Road that has been a high-order priority of YADCA’s for several years.

YADCA will brief our new Member on the story so far so that he has a running start.