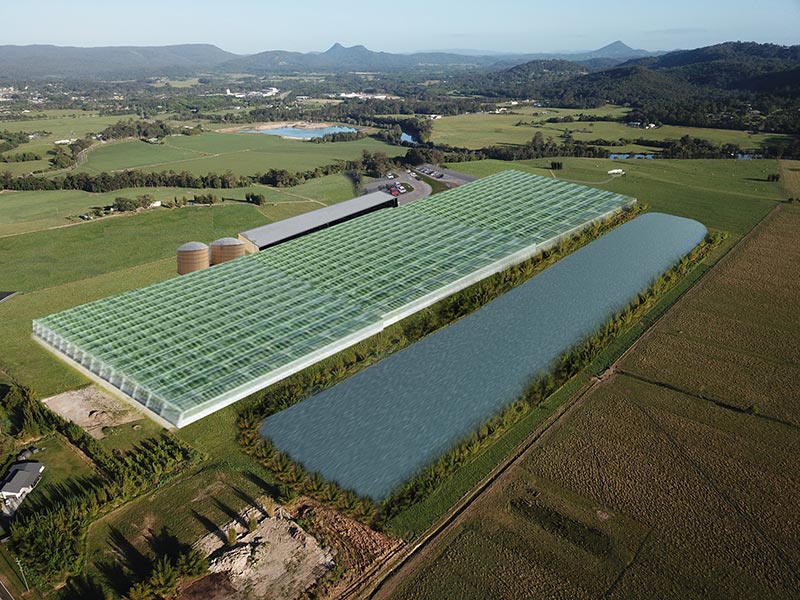 Intensive horticulture can have benefits, but the locations of such ‘factory farms’ must be carefully chosen to protect the local environment and visual amenity, according to YADCA President Nigel Anns.

Speaking at the November meeting, he addressed the impact of intensive horticulture on the Sunshine Coast in general and Yandina in particular.

“There is a strong argument for intensive horticulture,” he said. “However, like solar farms and industrial estates in years before, they cannot just pop up wherever a large piece of land becomes available.  With the Sunshine Coast expanding its population over the next two decades it’s imperative that the Sunshine Coast Council carefully considers where these factory farms can be best located to ensure that our natural visual amenity is not ruined and that massive transport trucks are not imposed on small country roads.”

There is an intensive horticulture tomato farm at Yandina and another at North Arm. A complex of grow houses to grow cucumbers is proposed for Maroochy River (see Current Issues). Such farms can be more than 20 hectares in size and their infrastructure establishment is expensive.

“Once intensive horticulture can make use of cost effective storage of solar power, which must occur at some point surely, then the only argument we are left with is where to put these factory farms,” Nigel said.

“The challenge for the Sunshine Coast Council is to manage that obvious growth.  To date their location choices have not been good, because the factors of residential housing, appropriate transport hubs, visual amenity and real value to the coast community are not considered as a whole when allocating space for these hectares of greenhouses that make up factory farms.”

Intensive horticulture – what is it?

Nigel explained that intensive horticulture refers to premises that are used for the mass production of plants or plant material usually located within a building or structure and grown under artificial lights or in containers using hydroponic growth medium instead of soil. I

ntensive horticulture includes plant nurseries, lifestyle horticulture such as flowers and intensive fruit and vegetable production. It also usually includes the storage and packing of produce and plants grown at the site.

Nigel quoted a report prepared by management consulting firm KPMG and commissioned by Council in November, 2018. The report noted that an opportunity for agricultural development on the Sunshine Coast is the “… intensification of the horticulture sector that creates higher productivity and continuous supply. This could build on the existing larger scale greenhouse developments in the region, coupled with dedicated value – adding or shared resources”.

The KPMG report identified the advantages of intensive horticulture:

It also noted the disadvantages:

Nigel quoted a Council response to the report which said: “On the basis that intensive horticulture is likely to bring benefits to the Sunshine Coast through investment, job creation and a positive use of available agricultural land, it is considered reasonable to assume that further proposals will come Council’s way and that a review of the applicable Infrastructure Charge is therefore justified.”

The Council response continued: “The setting of the Intensive Horticulture Charge would not have envisaged the scale of proposals under discussion. With that economy of scale and the controls on production comes an ability to better manage logistics and the freight movements ensuing, with a more economic application to moving product to market resulting.”

Nigel questioned Council’s position. “The advantage locally seems negligible, with most of the crop exported; and it only provides work for a handful of workers who are typically brought in from overseas.   Issues around the power it uses, including wood chips in the case of the proposed cucumber farm at Maroochy River, the eyesore it causes and the increased heavy truck traffic on our country roads are left for the locals to live with forever,” he said.

End of the road for Creightons Rd closure?