YADCA is a proud supporter of Yandina’s 150th anniversary, and YADCA President Nigel Anns represented our association at the official commemoration ceremony on 22 September at the Cenotaph Reserve in Yandina.

He was one of seven people who signed the 150th Commemoration Declaration which was sealed inside a special time capsule containing photos, documents and keepsakes from today for future generations.

The eventual site for the time capsule is yet to be decided, but a commemorative plaque has been placed in the Cenotaph Reserve in Stevens Street, Yandina. 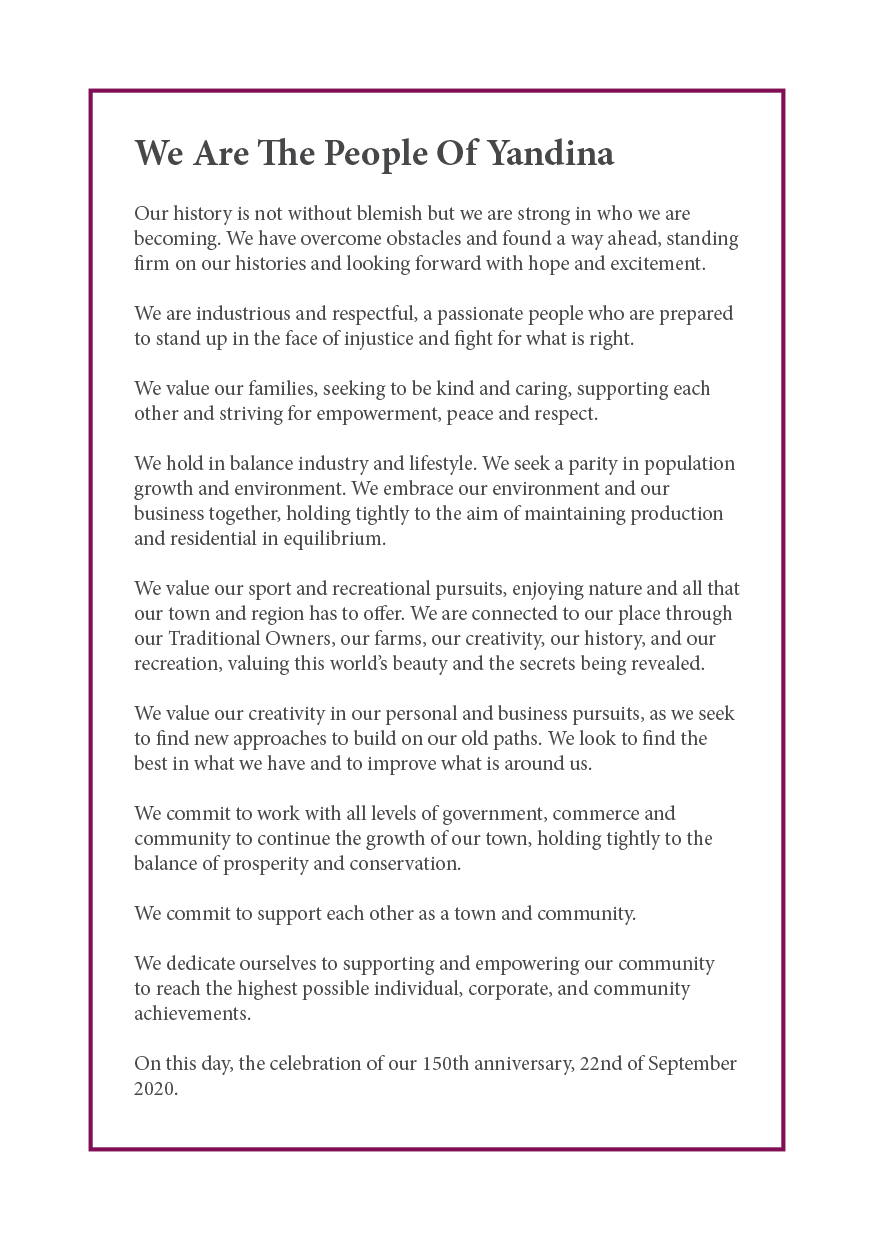